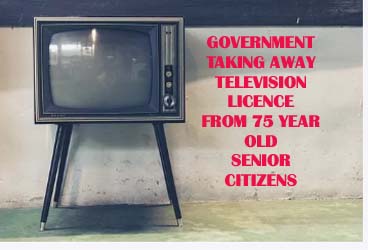 I am always amazed at the level of ways in which the British electorate think.

Looking at the last election result where the electorate gave the Conservative Government an overall majority in the house of Commons made me realise that UK elections are not about the frail, homeless, unemployed, weak and vulnerable of society it is about selfishness.

How can the electorate ignore the fact that this government is anti-senior citizens, against the concept of the NHS, only interested in those that are already wealthy and do not need the resources of the government, leave me speechless?

When I look at the UK voters, I come to recognise that they are selfish people who only care about what they think they can get for themselves and there need to destroy the European Union by coming out of Europe.

The vast majority of 75-year-old in this country or poor pensioners already struggling to meet their everyday needs and now this heartless Conservative government want to put them in more poverty by paying television licence to the BBC for the crap they put out. How disgusting can this government get?

What was once a standard operation, you are 75 you are exempt from paying television licence. It now becomes a mean tested claptrap aimed at causing more distress to people who most have worked all their life and cannot even live out the rest of their life without governments like these Conservative heartless people trying to hasten them into their graves.