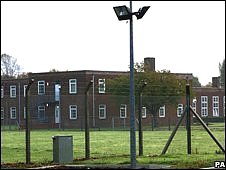 Six security staff and a police officer were hurt in an operation to remove 60 detainees from an immigration unit in Cambridgeshire following a disturbance.

Trouble broke out at the Oakington removal centre after a 40-year-old detainee died on Thursday morning.

A police negotiator was called in to talk with detainees before officers removed what the Home Office described as “ringleaders” on Friday night.

The injuries to the seven officers were described as “minor”.

The detainees removed from the centre are being transferred to prisons.

“A number of ringleaders have been removed from Oakington.

“Staff at Oakington worked with the National Offender Management Service and the police to manage the situation.”

The death of the man on Thursday is not being treated as suspicious, but a Home Office spokesman said he believed detainees had used the death “as a way of protesting, trying to get their point of view across”.

Oakington is run by the UK Border Agency.