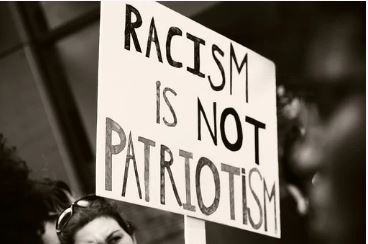 Unbelievable, the word that is being, used across the world as people across the United States demonstrate and community burn following the death of George Floyd.

There is no mistake this time that a police officer murdered a Black man in full view of the camera with many people watching as this police officer pressed his knees into the neck of George Floyd. George cried out in vain that he could not breathe and this so-called police officer just kept his knees firmly in George’s neck.

The despicable deed was so vicious and vile that even the UK was, subjected to thousands of people marching on the US Embassy to voice their frustration and anger.

A police officer is supposed to protect and serve, not act as vigilantes and systematically slaughter Black people. There have been numerous occasion where they have killed ‘Black’ men and women for no reasons. The fact that in most cases, they have gotten away with murdering people who did no wrong; in some cases, they are, killed in their homes.

In my opinion, the murder of George Floyd although an atrocity could be the straw the broke the camel’s back and could see for the first time in the US people of all races coming together to say enough is enough.

It is heart-warming to see police officers from various forces saying that the death of George in such a despicable way is not what policing people should be. Members of the White community voicing their disgust at that poor excuse of a person who called himself a police officer.

I hope that we can come together and say that George Floyd will be the last Black man to lose his life in such an unnecessary way. Police service all over the world and especially in the US will begin to tackle the inequality among their police officers who believe that murdering, harassing and treat Black people disrespectful is the norm.