President Obama’s recent proposal to open some areas along the eastern Gulf of Mexico, the Atlantic coastline and the north coast of Alaska to oil and natural gas drilling elicited praise from drilling advocates and oil companies as well as sharp criticism from environmental groups and citizens near the areas that might be affected. 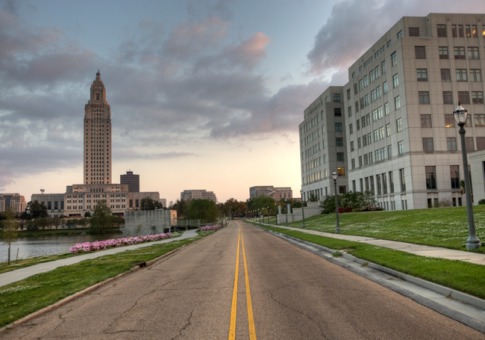 The environmental impacts from doing so won’t be felt for some time. What’s affecting Americans today? Poor air quality. This matter often gets buried under more high-profile concerns like climate change, but it is particularly important as summer approaches because sunlight is a key ingredient in making harmful ozone, a ground level gas that contributes to urban smog and inflames the lungs, causing shortness of breath, wheezing and throat irritation.

Sunny areas like Los Angeles face the harmful effects of ozone year-round. In fact, the Los Angeles metro is named the country’s worst for ozone by the American Lung Association’s State of the Air 2010 report, released Wednesday. The ranking is worrisome for the city’s residents because inhaling ozone is akin to “getting a sunburn on your airways,” says Dr. Norman H. Edelman, the ALA’s chief medical officer.

Other California metros didn’t fare much better: Bakersfield, Visalia, Fresno and Sacramento round out the five worst regions for ozone. The problem is statewide because of both California’s exposure to sunlight and a natural geography that allows pollution to hover rather than diffuse to other areas, says Janice Nolen, the ALA’s assistant vice president for policy and advocacy.

The State of the Air report also ranks cities based on short-term and year-round particle pollution, which are caused by emissions of sulfur dioxide, carbon and nitrogen oxides. The short-term measure ranks metros by periodic spikes in airborne particles, and Bakersfield, Calif.; Fresno, Calif.; Pittsburgh; Los Angeles; and Birmingham, Ala., were, by this measure, found to have the country’s five worst.

Some of these cities also show up in the rankings for year-round particle pollution, which measures the daily average level of airborne particles. The five worst areas are: Phoenix-Mesa-Scottsdale, Ariz.; Bakersfield, Calif.; Los Angeles; Visalia, Calif.; and Pittsburgh.

State of the Air 2010 ranks metropolitan statistical areas and combined statistical areas based on data collected by the U.S. Environmental Protection Agency (EPA) between 2006 and 2008. Both the ozone and short-term particle pollution rankings are based on spikes in their daily measurements and were calculated using weighted averages; each level of the Air Quality index was given a numerical weight, and these values were then multiplied by the number of days each metro reached them. Contrarily, the year-round particle pollution rankings are based on the average daily airborne particle levels during the three years studied.

What’s more, bad air impacts Americans’ wallets. Using data from various environmental groups as well as California’s Office of Statewide Health Planning and Development, which indicates where, when, and why people were admitted to the emergency room or had a hospital visit, the RAND corporation found that from 2005 to 2007 California’s dirty air resulted in more than $193 million in hospital-based medical care. Medicare and Medi-Cal, the state’s Medicaid program, paid for about two-thirds of the expenses, placing the financial burden on taxpayers.

Bad But Getting Better

These improvements should only continue given the aggressive regulations announced last decade. In 2005 the EPA introduced the Clean Air Interstate Rule, which forces companies in 28 states, predominately in the eastern half of the country where coal-fired power plants burn most often, to cut their sulfur dioxide and nitrogen oxides emissions. A year earlier it also announced the Clean Air Nonroad Diesel Rule, which places tough emissions requirements on diesel engines used in various industries including construction, agriculture and mining. In 2004 these emissions accounted for 47% of all diesel particulate pollution, according to the EPA.

The bar may be raised even higher this year. In February Sens. Tom Carper, D-Del., and Lamar Alexander, R-Tenn., proposed the Clean Air Act Amendments of 2010, legislation that would impose stricter limits on mercury emissions from coal-fired power plants and place tougher national limits on sulfur dioxide and nitrogen oxides emissions. If passed, these new rules will be the first amendments to the EPA’s Clean Air Act in 20 years