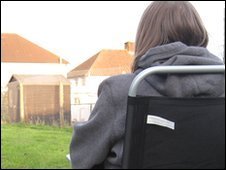 The number of mistakes made at IVF clinics in England and Wales nearly doubled in 12 months, figures obtained by the BBC show.

The HFEA said that represented below 1% of more than 50,000 cycles carried out.  Incidents range from technical failures to serious mix-ups including the wrong sperm being put with the wrong egg.   One woman told the Donal MacIntyre Show her last remaining embryos went missing during treatment.

Clare, who did not wish to give her surname, told the programme: “I was sat there, gowned up, waiting to go in and have a transfer.   “They said you’ve got one embryo remaining, the other two embryos have gone missing.  “They said in the next sentence I can assure you they haven’t gone into anyone else.”  “Those were two potential babies,” said Clare, and the only explanation the clinic could offer was that they must have “slipped off the straw” during the freezing process.

The clinic involved, IVF Wales at the University Hospital of Wales in Cardiff, says its success rate in recovering embryos is among the highest in the world and all incidents are reported to the Human Fertilisation and Embryology Authority (HFEA).  The same clinic was responsible three years ago for a serious incident in which a couple’s last viable embryo was implanted in another woman. An investigation showed serious failings at the clinic.

Guy Forster, from Irwin Mitchell Solicitors, said Clare’s was a familiar story.   In the past 12 months he said he has dealt with a dozen couples involved in similar incidents at different clinics around the country.  “It may be perhaps that the embryos have been lost, or in the worst case scenario an embryo has been transferred into the wrong patient. It’s deeply disturbing.”  Often couples who have been victims of IVF mistakes do not come forward because of the sensitive nature of the treatment.

Leading fertility expert at University College Hospital, Dr Sammy Lee, said: “The key failure of the HFEA is that when they ask clinics to put in special procedures, they’re not enforcing them.  “There’s no point simply putting a request in writing and then expecting everything to be all right. You need to make sure that when you require something that you have a way of enforcing it.”

A number of clinics have introduced electronic tagging or bar coding in laboratories to prevent potential mix ups.

When eggs, sperm or embryos in the lab are put under a microscope the system electronically recognises which patient the dish belongs to. If the wrong container is picked up, it triggers an alarm.  The system is already proving very successful at the Hewitt Centre for Reproductive Medicine in Liverpool, one of Europe’s largest IVF clinics.

Dr Steve Troup, scientific director at the centre, said: “In the past we did this manually, which was effective, but this new system makes it even more efficient and avoids potential problems that have occurred in other hospitals.”   The initial installation of the system can cost about £100,000 depending on the size of the clinic. The running costs are about £25 per patient but Dr Troup believes patients are happy to pay for that extra level of security.

“When an error does occur the consequences are catastrophic and unacceptable,” he said.  A number of experts in the industry have called for this tagging system to be made compulsory at all clinics.