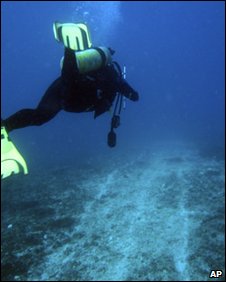 Australia is planning to subject commercial ships passing through all parts of the Great Barrier Reef to greater surveillance.

The tough new measures are intended to protect the region from pollution.

It follows the grounding of the Chinese bulk carrier, the Shen Neng I, which leaked about three tons of oil into the sea after hitting a sandbank.

The Chinese coal carrier ran aground in restricted waters around the reef earlier this month.

Ships sailing through southern parts of the Great Barrier Reef will be tracked by satellite and required to regularly report their movements under the new regulations.

Vessels using the reef’s northern expanses are already subject to such strict monitoring.

Moves to extend the system were being drawn up before the Shen Neng 1 hit a sandbank at full speed earlier this month, causing extensive damage.

The environmental scare has added greater urgency to efforts to ensure that freighters can safely negotiate the sensitive waters of the Great Barrier Reef.

Conservationists say that greater surveillance will make a difference.

Richard Leck from WWF Australia also believes that professional navigators can prevent accidents, including the recent grounding of the Chinese bulk carrier.

“The key thing that we see is needed alongside this tracking system is to have pilots onboard every large that traverses the Great Barrier Reef World Heritage area.

“Most of the incidents that occur within the World Heritage area are due to human error.

It seems like this incident occurred due to fatigue and the only way of managing that risk is to make sure there is a pilot onboard every vessel,” Mr Leck said.

Australia’s plans to increase the monitoring of commercial shipping in the Great Barrier Reef need the agreement of the International Maritime Authority.

Australian police have arrested two men over the grounding of the Shen Neng 1, which was in restricted waters off the Queensland coast when its voyage came to an abrupt end.