A disgraced banker who stole £315,000 from his disabled niece’s charity fund has been ordered to pay back just £1.

Well-wishers donated hundreds of thousands of pounds into a trust for Ellie May Challis, 5, who had all her limbs amputated during a battle with meningitis in 2005. Her uncle, banker Darren Pease, 33, was made a trustee of the account because of his financial knowledge but was jailed in November last year after admitted siphoning off £315,000 to splash out on jewellery, holidays and computer gadgets.

Pease was taken back to court yesterday after police went through his finances to check if he could repay any of Ellie May’s money. But it was revealed during the proceeds of crime hearing at Basildon Crown Court in Essex that he had spent the lot and was ordered to repay a nominal £1. His estranged wife Jacqueline Pease, 37, protested that he had got off lightly.

She and their two children have been evicted from their home in Romford, Essex, because he took out bank loans in both their names. She said: ‘I have lost everything because of what he has done. I had to sell my car to make ends meet. ‘Most days we can only afford cereal for dinner while he gets three square meals a day in prison.

‘The only good thing to come out of this is that I can hold my head high and say I never knew anything about what he was doing and I have not benefited from it.’  Ellie May, who has a twin sister, Sophie, was only 16 months old when she contracted meningitis. She developed blood poisoning and her arms and legs had to be amputated to save her life.

Donations to her trust fund enabled her to be fitted with carbon fibre blades so that she can run and keep up with her playmates at school.  Pease was a risk manager for Lloyds, the bank which held Ellie May’s fund. He helped himself to her money between 2005 and 2008, and turned himself into police in June last year after the family discovered there was only £239 left.

He admitted 49 counts of fraud and obtaining money by deception and was jailed for four years. Lloyds has refunded the entire amount to Ellie May’s family.  The court also heard Pease took £65,000 from the savings of his grandmother, Joyce Pease, who lives in sheltered accommodation. The banker put the funds towards three computers, furniture, a home cinema system, expensive music studio equipment and took his family on holiday to Disneyland with Ellie May’s family. Mrs Pease said: ‘He was a keyboard player in a band, he bought a computerised mixing desk. ‘He had three computers, DVDs players, a Wii and PlayStation 3. He loved technology and gadgets.

‘He was telling me he was earning £60,000 to £70,000 at work. He would bring home a laptop and say he got it through work or some vouchers. ‘If we went for a meal he would always insist on paying. ‘He liked to buy people’s affection with presents. ‘Another time he came home from work one day and said we are not going to Cornwall on holiday we are going to Cuba. ‘That’s all we ever argued about, how he wasted his money, only now I know it wasn’t his money to waste.’ 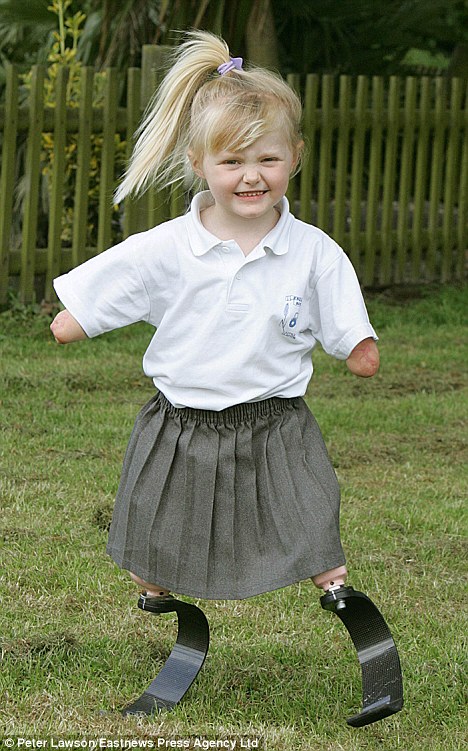 Donations: Well-wishers from across the country gave cash to Ellie May Challis who had to have her limbs amputated after a battle with meningitis