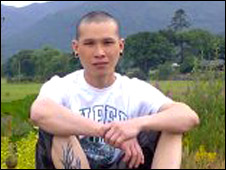 More than 100 people have been stopped and questioned by police investigating the murder of a Malaysian-born man in the north of Glasgow.

Detective and uniform officers carried out the operation in the Craighall Road area of Port Dundas on Sunday night, a week after the death of Chee Gang Goh.

The 28-year-old, known as Issac, was found dead in the common close of a block of flats there on 12 April.

Police said they were encouraged by the response to their latest inquiries.

“At this time, we are currently sifting through the information gained to see if there is that vital piece of information that may move this investigation forward.”

Anyone with information was asked to contact police or e-mail information to: cheeganggoh.inquiry@strathclyde.pnn.police.uk