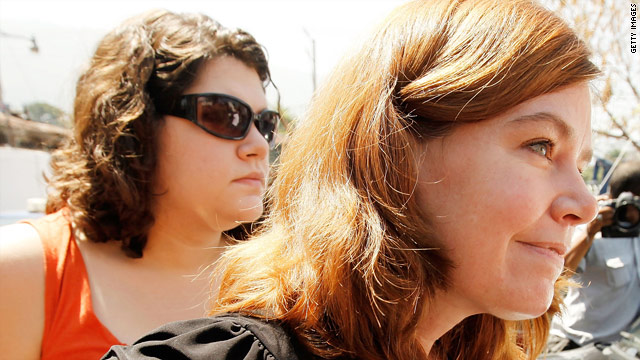 Charges have been dropped against nine of the American missionaries held in Haiti earlier this year, according to a spokesman for Idaho Sen. Jim Risch.

A tenth missionary, group leader Laura Silsby, remains in a Haitian jail. Authorities in Port-au-Prince accused the group, many of whom belong to a Baptist church in Idaho, of trying to kidnap 33 Haitian children after a devastating January earthquake leveled much of the capital and surrounding areas.

Risch spokesman Kyle Hines told CNN that the senator received a call from State Department officials Thursday afternoon, confirming that kidnapping charges against nine of the missionaries were dropped.

“The senator is pleased to hear that the charges have been dropped and is looking forward to the situation being resolved,” Hines said. Haitian Judge Bernard Saint-Vil, who has been investigating the accusations against the missionaries, could not be reached for comment Thursday. Attorney General Joseph Manes declined to respond to CNN’s questions on the case.

The 10 Americans have said they were trying to help the children get to a safe place after the magnitude-7.0 earthquake flattened cities and towns in Haiti.

Haitian authorities stopped the group on January 29 as they tried to cross the border with 33 children without proper legal documentation. The group said it was going to house the children in a converted hotel in the Dominican Republic and later move them to an orphanage.

Silsby originally claimed the children were orphaned or abandoned, but CNN determined that more than 20 of them had at least one living parent. Some said they placed their children in Silsby’s care because that was the only way they knew to ensure a better quality of life.

Eight of the missionaries were released from custody in February and a ninth, Charisa Coulter of Boise, Idaho, was released in March. One of the missionaries told CNN affiliate KTKA that the news of charges being dropped against him and the others was bittersweet. “It’s partial good news,” Drew Culberth said. “It’s good for me but not good news for (Laura) Silsby.”