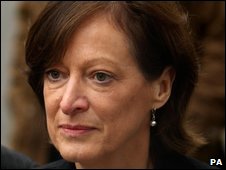 The former head of children’s services at Haringey Council who claims she was unfairly sacked after the death of Baby Peter has lost her case.

Sharon Shoesmith claimed she was the victim of a “flagrant breach of natural justice” when she was fired after a damning report by Ofsted inspectors.  But the High Court has ruled that she was lawfully sacked.  Ms Shoesmith lost her job in the aftermath of the brutal killing of Baby Peter by his mother and her boyfriend.

Peter Connelly died at the age of 17 months after enduring months of abuse, despite being seen by health and social services professionals 60 times in the last eight months of his life. Social workers, health teams and the police had all known he was at risk. The former head of children’s services at the north London council had claimed she was made a scapegoat and unlawfully sacked after a media outcry.

But at the High Court, Mr Justice Foskett said the decision to remove Ms Shoesmith could “not be impugned on the grounds of unfairness”.  He said: “I have rejected as ‘too simplistic’ the suggestion that the Secretary of State’s decision to commission the Ofsted inspection was driven by ‘party politics’, as indeed I have also rejected the suggestion that he was improperly influenced in making the decision he did on 1 December 2008 by a petition presented to him a few days previously by a national newspaper.”

Ms Shoesmith lost her job in December 2008, a week after Ofsted published an emergency report (called a Joint Area Review) into child protection in Haringey. Schools Secretary Ed Balls had sent the inspectors into the local authority after Peter’s mother and boyfriend were convicted over his death.

Mr Justice Foskett said it had been his role to judge whether procedures had been followed fairly – and not to rule on the merits of decisions made.

He said: “The judgment makes it very clear that there is a very narrow focus to the issues that I am required to consider.  “That focus…is not on the merits of the decisions made, nor upon whether the Ofsted inspectors were correct in their assessment of Haringey at the time, nor on whether the final form of the report was unfairly strengthened during the report writing stage.”

After the judgement, Schools Secretary Ed Balls said “It is clear from the judgment that my motivations were the right ones and I acted in a proper and right way.”

“The urgent Ofsted inspection, which I commissioned following the end of the trial, found very serious failings in children’s services in Haringey,” he said.  “The fact that children were at risk meant it was right for me to take swift, decisive action when presented with the evidence. Faced with the same situation – and on the basis of the information put before me – I would arrive at the same decision.”

The ruling was also welcomed by Ofsted’s chief inspector Christine Gilbert.  “I am pleased that the judge’s conclusion is clear: Ofsted’s inspection process has been vindicated,” she said. “Ofsted takes its role in inspecting the protection arrangements for vulnerable children very seriously. “We carried out a robust inspection, came to a sound conclusion based on the evidence and acted fairly.  “The inspection team did a professional and rigorous job and we are pleased that they have been vindicated through the intense scrutiny of the court process.”