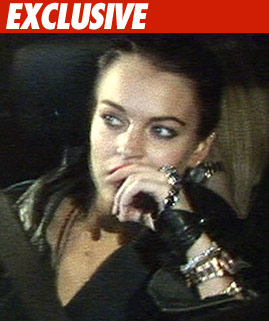 Lindsay Lohan was axed from a movie because she’s not “bankable” — this according a source connected with the production of the flick.

Lindsay was slated to star in “The Other Side,” a movie about a grad student working on a deserted island.

David Michaels, the writer/director, tells TMZ, “Our team simply chose to move on from Lindsay and we’ll soon be announcing a replacement.”

But sources connected with the film tell us the people financing the film were skittish about relying on Lindsay.

And there’s this twist … at one point Brittany Murphy was attached to the movie.