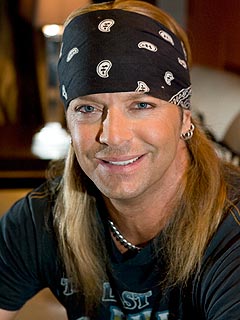 Medical tests show Bret Michaels has suffered a setback in his recovery from a brain hemorrhage, according to a statement posted on his official website Tuesday.

Despite the development, “doctors remain hopeful for a full recovery,” the statement said.

The rock singer and reality TV star suffered a massive brain hemorrhage and was hospitalized Friday.

“Test results indicate a set back in Bret Michaels’ condition, a side effect from the brain hemorrhage called hyponatremia, a lack of sodium in the body which leads to seizures,” said the statement posted by road manager Janna Elias.

Michaels “is responding well to tests and treatments,” she said.

“Even though today was a minor set back Doctors remain hopeful for a full recovery and plan to release more specific information next Monday,” Elias wrote.