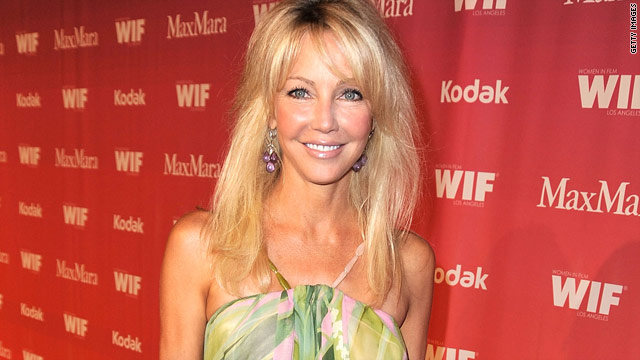 Locklear, 48, was ticketed for a misdemeanor hit-and-run offense, but her lawyer said it was not clear she was behind the wheel. A neighbor called police Saturday night to report being awakened by the sound of a crash 16 hours earlier in the golf club community near Thousand Oaks, California, a Ventura County Sheriff’s captain said.

Security camera video showed a car registered to Locklear passing, but it did not show it hitting the street sign, he said. Debris found at the scene was enough to tie the accident to Locklear’s car, he said.

“The matter is still being looked into as it is not yet clear who was driving the vehicle,” said Blair Berk, Locklear’s lawyer. She was given a citation, but not taken into custody, Berk said.

Locklear has a May 17 court date in Simi Valley, California. The actress was arrested in 2008 on a driving-under-the-influence charge, but the charge was later dropped when she pleaded guilty to reckless driving.

Locklear’s recent acting includes a role in the updated version of the TV series “Melrose Place.” She played Sammy Jo Dean Carrington in eight seasons of “Dynasty” starting in 1981.