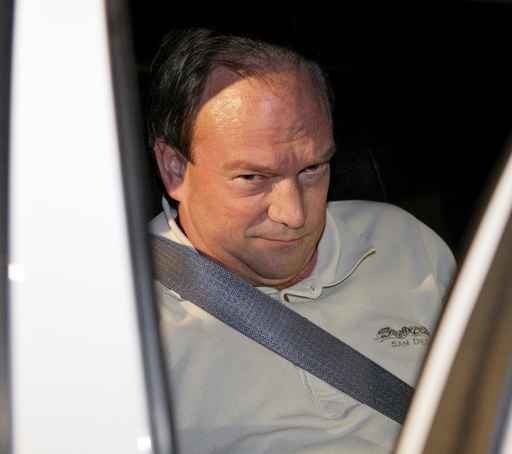 The Montgomery County driver accused of shooting a fellow commuter earlier this month was found dead this afternoon in his Gilbertsville home, police said.

John Yannarell, 50, was supposed to appear for a preliminary hearing in Collegeville for allegedly shooting a female driver on Route 422 on April 9. Authorities were also going to charge him in two other road-rage incidents.

When he failed to appear for the hearing, police launched a manhunt and a tactical team was sent to Yannarell’s home to execute a search warrant.

“There doesn’t appear to be any foul play,” Steele said. “He is deceased.”

Officials did not say it was a suicide and declined to provide any more details. An autopsy will be performed either tonight or Friday.

According to police radio, the tactical team entered the residence, saw “his car” in the interior garage, and heard music playing from a locked room.

Earlier today, Gradel replaced the original criminal complaint with one that described three incidents. The prosecutor said he said he had planned this morning to argue for a bail increase for Yannarell, who had been released after posting 10 percent of $500,000 bail.

That would not have been a surprise for Yannarell, said his attorney, Saul Jay Solomon. He said he spoke to his client by phone at 6 p.m. Wednesday and told him about the new charges.

He said Yannarell sounded distraught about the new accusations as well as the prospect of having to put up more bail money to stay out of jail.  “I told him they were trying to paint a portrait of a serial rage driver,” Solomon said, adding he told his client he wasn’t sure investigators “could connect the dots” to him.

He said Yannarell’s failure to appear at court put him “in a lot of trouble.”  Responding to a comment Yannarell made to a reporter that he was “not a monster,” Gradel, the prosecutor, agreed.  “He’s no monster; he’s a coward. He shoots at unarmed people,” said Gradel.

Gradel had expressed concern that Yannarell could be a danger to himself or others. The gun used in the April 9 shooting was confiscated; however, investigators recently learned he has at least one other firearm.  The new complaint gaves this account of Yannarell’s alleged crimes:

In September, Brian Ruoss was driving to work at 6 a.m. in the left lane on Route 422 near the Sanatoga exchange when the driver of a silver Buick Lucerne come up behind him and flash his lights. When Ruoss did not react fast enough, the Buick passed him on the right and then cut in front of him. The driver read the tag number to his passenger, who wrote it down.

Seconds later, the Buick got behind a dark-colored Saab and repeated the scenario of flashing headlights before cutting in front of the Saab and jamming on the brakes. The driver of the Saab and Ruoss narrowly averted a collision.

Just before the Country Club exit of Route 422, Ruoss saw Yannarell slow down to about 65 miles per hour to allow the Saab to get alongside him. Ruoss said Yannarell then tossed a bottle of Gatorade at the Saab.

On Jan. 26, William Kiefer 3d reported that he was traveling northbound on Route 100 and attempting to get into the right lane. When he did, the driver in a silver car sped up behind him and rode his bumper. Kiefer said he tapped his brakes and the driver passed him, drew a firearm and fired through his passenger side window.

Kiefer said when he saw the weapon, he ducked but observed a “muzzle flash” and heard glass break. At the time, Kiefer was talking on a cell phone to his son, who told police he heard his father “scream an expletive and then heard a noise that sounded like two bricks clapping together.”

On April 13, Kiefer picked Yannarell out of a photo lineup. Yannarell had just been charged with shooting Elizabeth Cox on April 9.

Cox told police she was driving eastbound on Route 422 between Route 29 and the Oaks exit when she observed Yannarell making aggressive lane changes. Yannarell passed her on the right shoulder and she felt “a vibration and then a pain in my leg.”

She assumed she had been sideswiped and pulled off onto the shoulder. When the Buick continued on Route 422, she said she followed it to obtain a tag number and then called 911.

Gradel said Ruoss did not report the Gatorade incident to police until after Yannarell’s arrest since no one had been injured. The January case remained unsolved until Kiefer identified Yannarell in a photo lineup.