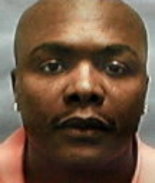 Kellogg, 39, of Shaker Heights stood accused of leading a criminal enterprise that resulted in the sale of 78 Slavic Village homes with a total of $5.8 million in bogus mortgages.

One of the unique features of the case were counts in the indictment that accused Kellogg of harming other Slavic Village homeowners who lost money when they sold their homes because of damage Kellogg’s enterprise did to the neighborhood.

Cuyahoga County Prosecutor Bill Mason said this is the first instance in the nation of a mortgage fraud indictment including such counts.

Kellogg faces a maximum of 106 years in prison and a $6.6 million fine. He is scheduled to be sentenced May 29 in Common Pleas Court.

One of Kellogg’s collaborators, Beverly Cody, 43, of Shaker Heights, also pleaded guilty this week to money laundering and theft by deception. She was accused of buying houses with fraudulent loans that Kellogg helped obtain through his role as a mortgage broker. 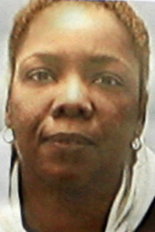 Cody also falsely claimed that she had done work on some of the houses that people bought with Kellogg’s help.

Five other defendants in the Kellogg case pleaded guilty in November.

Kellogg’s attorney, Thomas Shaughnessy, could not be reached for comment.

Councilman Tony Brancatelli, who represents Slavic Village, found a measure of satisfaction in Kellogg’s guilty plea. Brancatelli helped spur the investigation by the Cuyahoga County Mortgage Fraud Task Force in 2005, when he began documenting how modest homes in his neighborhood were selling for far more than their worth.

“There’s no jail time enough to justify the damage these folks have done in this community,” Brancatelli said. “But it has sent a clear message that we will not tolerate mortgage fraud and real estate fraud that will continue to damage our neighborhoods.”